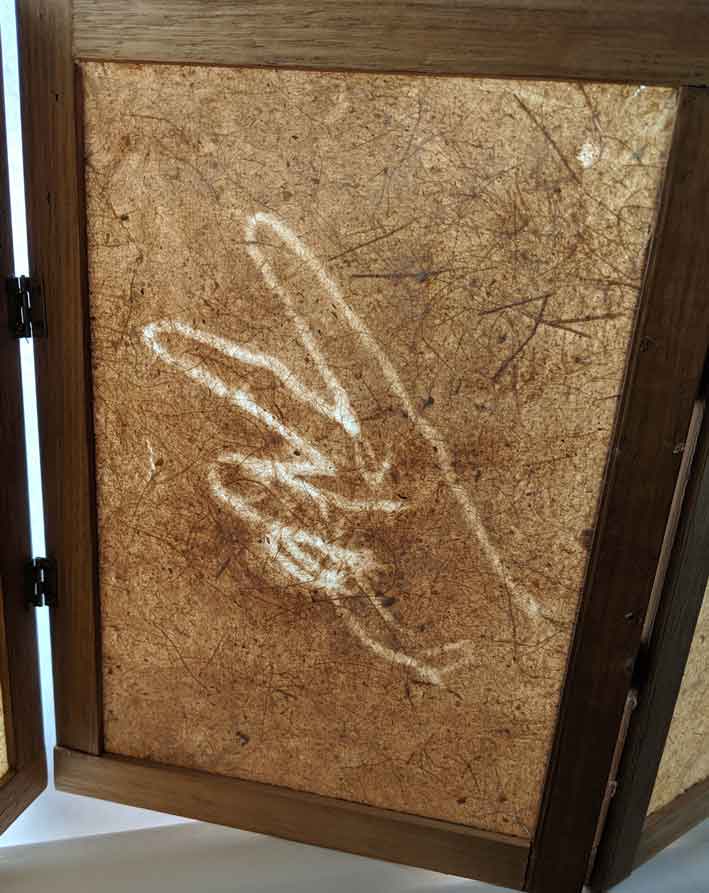 Many plants are suitable for making paper but they must be treated to remove the acid and lignin's from the mass of cellulose which is the basis of paper. This is done by boiling the plant material up with some form of alkali, the mildest being wood ash followed by washing soda then caustic soda. Fibres for papermaking are classified on the basis of their source, some of the best and longest fibres are those from the inner bark or bast for example Kozo from Japan and daphne paper from Nepal . Stem fibres for example abaca & ginger lily and leaf fibres like sisal and New Zealand flax have comparativly shorter fibres than bast fibres and grasses have shorter fibres still. A way of telling if a particular plant is suitable for papermaking is to bend the leaf and if it bends without snapping it will probably be suitable. Some plants require fermentation (retting) before cooking ,this can be done by soaking the plant material in milk, water or mild alkali until it has rotted and bacteria has started to break down the fibre. Bast fibre is prepared by stripping the bark off the plant and removing the outer bark, sometimes steaming will make the removal of bark from the stems easier.

BAST FIBRES :- Some plants whose bast fibres are suitable are hibiscus, mulberry, wattle, elm, daphne. Many others are bound to be suitable it's just a matter of experimenting. In order to harvest the fibre the stems should be cut into 20cm lengths then steamed and the bark stripped off. The outer bark is then scraped off and the bast is cut into lengths of 2-4 cm. then put in a pot ( not aluminium) to be boiled up with alkali. 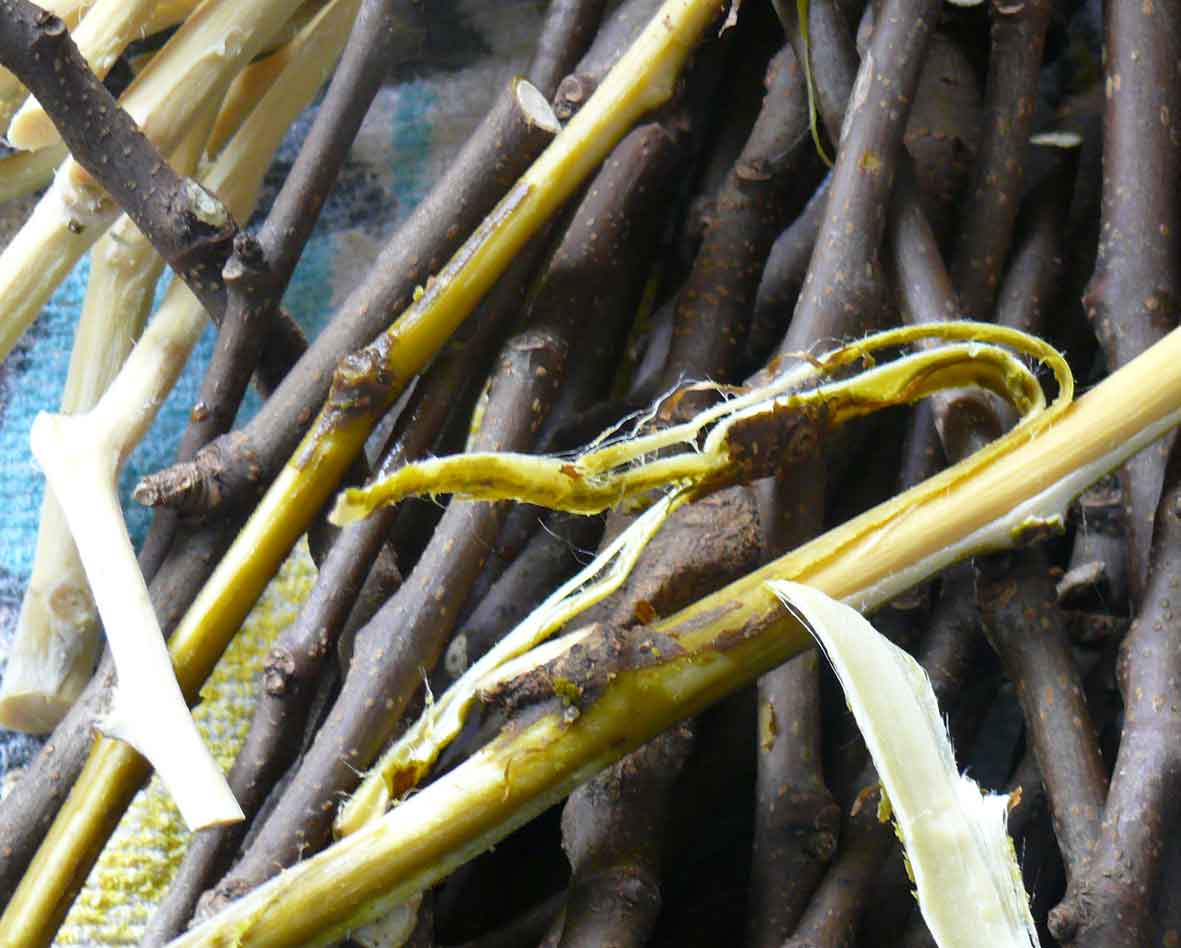 STEM FIBRES:-Some suitable stems are ginger lily, agapanthus flower stems, red hot poker flower stems, and papyrus. These are cut into lengths and may need to be retted or beaten before being put into the pot for boiling up. 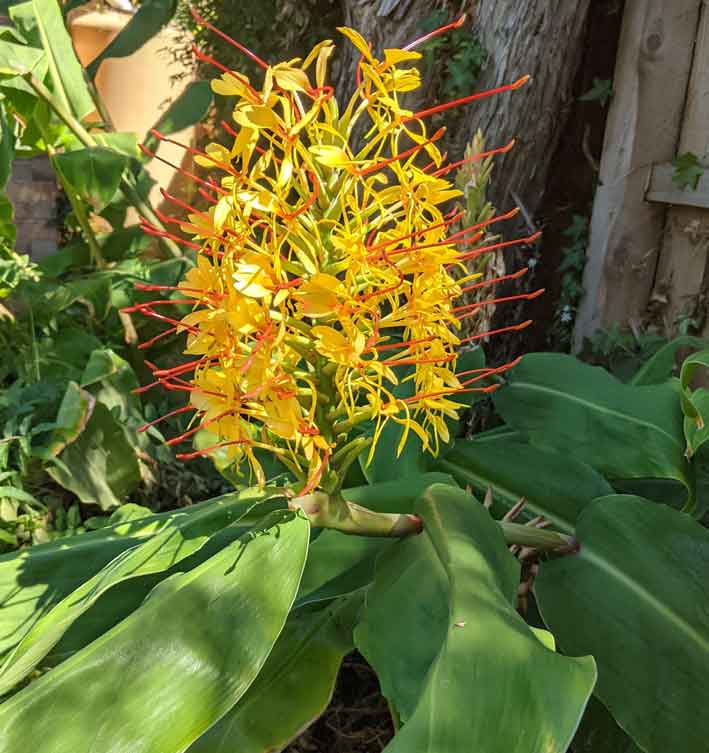 LEAF FlBRES:-Suitable leaf fibres include New Zealand flax, cordyline, red hot poker and iris. To speed up processing these can be stripped by pulling the leaf over a set of spikes so that they become shredded then cut into lengths before boiling. 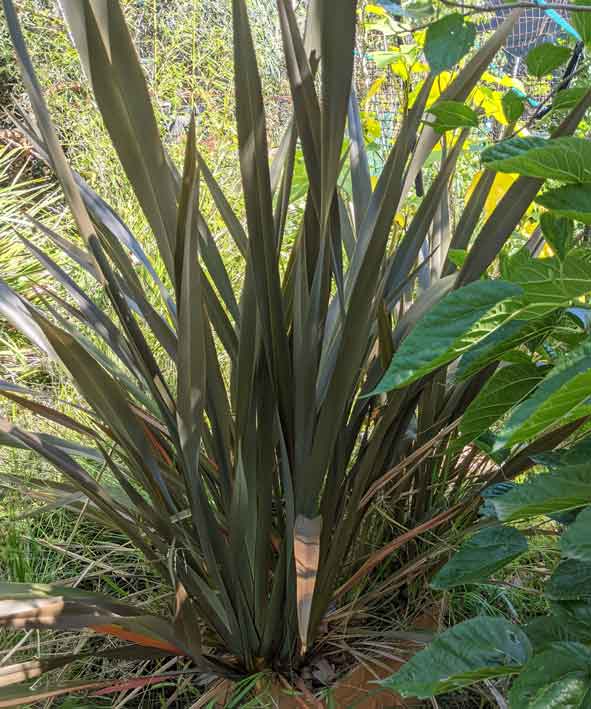 GRASS FIBRES:-many grasses are suitable for papermaking although their fibres are shorter than the leaf and bast fibres. The grasses are cut into lengths before boiling.

:- The quickest way of breaking down the fibres is to use caustic soda. There are several precautions which must be noted when using caustic soda. (A) always WEAR GLOVES AND EYE PROTECTION (B) always ADD THE CAUSTIC SODA TO THE WATER NOT THE OTHER WAY AROUND. (C) always USE STAINLESS STEEL OR ENAMEL COOKING POTS AS CAUSTIC EATS aluminium. (D) ALWAYS WORK IN A WELL VENTILLATED AREA PREFERABLY OUTDOORS. You should measure the volume of water you add to your fibre to just cover the plant material then add caustic soda according to the volume of water. One tablespoons per litre of water should be sufficient for most plants Alternatively the fibre can be weighed and 10% caustic soda by weight added. Boil this mixture until the plant material is soft and slippery when rubbed between gloved fingers. This can take anything from 30 minutes to 2 or more hours. Allow to cool slightly then pour through a sieve or a square of fine curtain netting. Do this down a gully trap or over an unimportant corner of your garden. Rinse well until the water runs clear and the pH is approximately 7 i.e. neutral. This can be tested with litmus or universal indicator paper. Sometimes the fibre is ready for use at this stage but it becomes finer if it is beaten with a wooden mallet then vitimised for a few seconds. You can tell how fine your fibre is by placing a small amount in a glass jar full of water and shaking it so that you can see the individual fibres.

:-The paper is made in the same way as recycled paper except that some papers require addition of a formation aid to slow down the drainage and ensure that the fibres are evenly spread over the sheet. The green vegetable ochra(ladies fingers) makes an excellent formation aid when it is chopped and soaked in water. It forms a gelatinous substance which is strained into the vat. A synthetic formation aid is available from some papermaking suppliers. It is called neri or synthetic tororo-aoi and should be mixed with cold water using lg of powder to 1 litre of water. Size can also be added to the vat to make the paper more water resistant.

The following link will take you to a page with lots of images and a step by step guide for making paper from the inner bark of a mulberry tree. 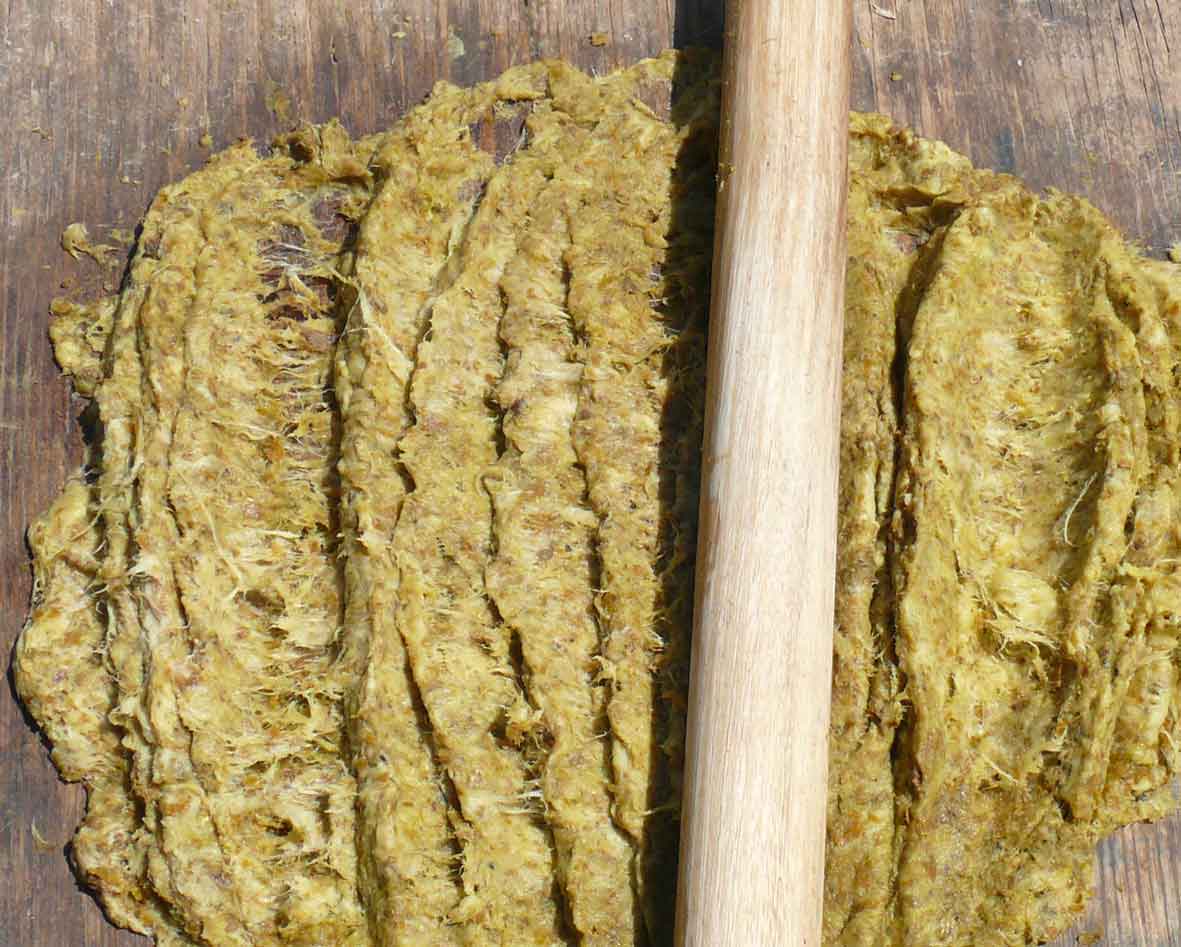